The Qualities of a Successful Dating App

These days, thousands of mobile applications are developed and marketed by the minute. However, only about a handful of them become popular and successful. Planning to create your own app? Application and software programming has become accessible now that even the least tech savvy person can design his own app. Theres even an app for creating an app, for crying out loud.

If you want your app to be the next Tinder, the trick is to design it in a way that will allow it penetrate the consumers consciousness. Easier said than done, though. To help your application gain the attention of gadget users, you may want to take into account the following qualities that have made so many apps successful.

Original – Many people would say that nothing is truly original anymore. Originality is still the key, however, in ensuring the success of an app. If you cant pull anything new out of thin air, then how about putting a fresh spin on an old idea? Case in point, the Plants vs Zombies game. Theres nothing new about zombies, right? In fact, they have become so ubiquitous. You see them in the movies, televisions, and comic books among other stuff. Some game developers, however, were able to create something new and exciting from such overly saturated horror movie staples. What would this mean for a dating app you ask? Well, the idea is not to re-invent the wheel but merely to turn the wheel. So look at the things that are already out there, making money in the dating space and then add your own original spin to them. For instance, Tinder pulls pictures from Facebook, so maybe somebody should make a dating app that pulls pics from Twitter or Instagram?

Problem solver – An app that makes life a bit easier will certainly find its audience. Some of the best apps in the market are those that address a problem that nobody pays attention to and then provide a solution for it. Whether its a budget planner or calorie counter app, users will get a kick out of it when they find it useful in solving their problems. So, think about what some of the biggest dating issues are out there, things like approach anxiety or running out of things to say solve these issues and youll have a winner.

Excellent design – You may have a unique, wonderful idea but if is poorly designed, its unlikely that youll even make a dent in the market. Just like when you go on a blind date first impressions count in a tough market, and this is especially true now that consumers tastes have become more sophisticated. Apart from minding the aesthetics, some of the things you should watch out for are glitches and device compatibility.

Mobile devices have become as powerful as desktop computers. Their processing power has provided creative programmers with a digital sandbox to play on. All it takes is one unique idea. If you already have one, good for you. Thats a good start. Just remember that to make it widely popular, you dating app has to be fresh, useful, and well-designed.

Things You Should Avoid If You Want To Attract Women Successfully 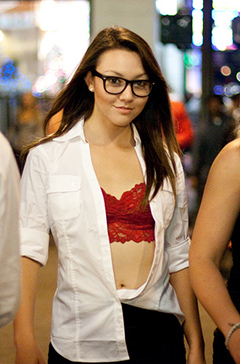 This article is supposed to be about what to do to attract women. When it comes to that subject, however, what you should do and say are less important than what you shouldnt do and say. Confused?

Well, heres the thing about attracting women: Not showing eagerness is the best way to get their attention.

Dont say anything  No matter what pickup line you have under your sleeve, theres a high probability that your target will be turned off the moment you open your mouth. The sad part is, she might have taken notice had you decided to stay silent.  So whatever opening line you have prepared, avoid being a fool and  try to be mysterious instead. Not many of them may admit this but women gravitates toward mysterious types.

Dont shower them with compliments  Women naturally get hit on so many times. Whatever compliment you have in your mind, theyve heard it all before. The most crucial mistake you can make when approaching the opposite sex is to give up your own value and say something flattering to get her approval.

Saying things like, Youre absolutely beautiful or You have the most gorgeous eyes (hair, body, etc.) that I have ever seen in my entire life will get you nowhere. You are only giving her power over you.  Once your prospect feels this, shell immediately lose interest in you. While its fine to find a woman beautiful, gorgeous or amazing, you shouldnt forget to place value on yourself. This way, shell see that you are worth the attention.

Dont be such a nice guy  Its pretty common knowledge that while a man is attracted to a woman based on her looks (among other things), a woman is attracted to a man based on how he makes her feel. This is very tricky as you might mistake the part of making her feel good for being super nice. If you are not careful, you run the risk of doing what she wants and, worse, putting up with all her bitchy and controlling behavior. Being extra nice to women may make them feel comfortable (OMG, you are so sweet!) but it doesnt make them feel any sort of sexual attraction. It only makes them feel as if they found a best friend or even a brother in you.

There have been tons of advice out there on what to do to attract a woman. The best you can do, however, is to mind your every move and consider the things that you shouldnt do. Change your tactics and who knows, you may improve your chances in going after any woman you like.